Our March 2015 NRA  clinic (partially supported by an NRA Foundation Grant) was a great success despite the cold temperature and over a foot of snow.  Sixteen of the eighteen participants who attended the clinic stayed until almost 5:00 p.m. to shoot a full 500 aggregate NRA approved match. That match includes fifty shots for record (ten shots standing- single round loaded at 200 yards; ten shots sitting rapid-fire in sixty seconds; ten shots prone rapid-fire in seventy seconds; and twenty shots fired single round loaded in the prone position). 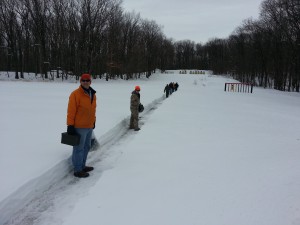 Headed to the pits 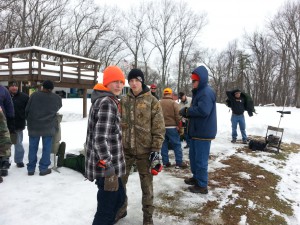 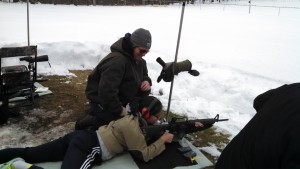 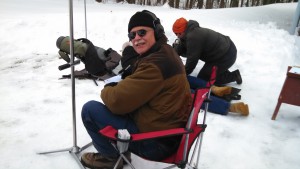 Three cheers for the guy who cleared off the firing line! 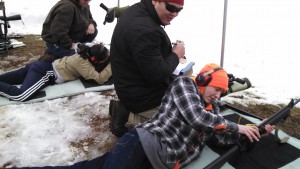