New membership meetings will begin in April in an effort to dodge snow storms. They will continue each month until Senior Memberships are full. They are held prior to the start of the monthly Club Meeting. An email will be sent to the email address submitted on the waiting list application to invite 30 applicants about 30 days before the meeting they will be invited to attend with the member that is sponsoring them. Applicant must respond to the email invitation by the date listed in the email to confirm attendance to the meeting they are invited to attend. Follow all instructions in this email.

Mark your calendars! The annual Public Sight-in and Running Deer dates are set for the two Sundays before Thanksgiving. This year 2017 the dates are November 12 and November 19 from 8am to sunset. Don’t miss it!

This event is open to the public and non-members are welcome on these dates only. Any type of hunting rifle may be sighted-in and if needed, assistance will be available.

Sight-in will be held rain or shine. Stop by the clubhouse to warm up and get some refreshments as well as conversing with fellow members and friends. There’s always a good story to be heard!

Weather permitting we will again hold the annual “running of the deer”. Try your skills on our moving deer target. You’ll get three trips across the range for a modest fee, proceeds to go to the club for range upkeep. Again this year we are continuing a 5- shot string maximum for each run for safety reasons as well as reducing wear and tear on the equipment. Also for these reasons we ask that no slug guns or calibers larger than 30 cal. be fired at the deer target.

And just in case you were wondering, the pistol and shotgun ranges will also be available for use those days, too. So come on out and make a day of it!

We’re sorry but the outdoor .22 range will be closed because the operators for the running deer are behind that range in the woods and they might not appreciate the gunfire coming at them from both sides of the little area they are hiding in.

The Membership Secretary will also be available those days from 11am to 4pm so you can pay your York Rifle Range 2017 dues and get you membership card. Payment may be made by cash or check.

Indoor Range Certification classes for 2018 are being discussed and this page will be update with date(s) and time(s) for the next class(es) once the Volunteer instructors can arrange their schedules.

Certification training classes will be scheduled starting October and will continue through the fall and into the winter if necessary.

You MUST register to attend a class, you cannot just show up!

At this time, certification classes are setup for the following:

Our High Power Rifle team once again traveled to the National Matches at Camp Perry, Ohio in mid-July.  Like last year, almost all members stayed on base in the newly constructed huts. This year our base housing was a lot closer to the vendors on Commercial Row and I am thinking that we all spent more money than we should have. 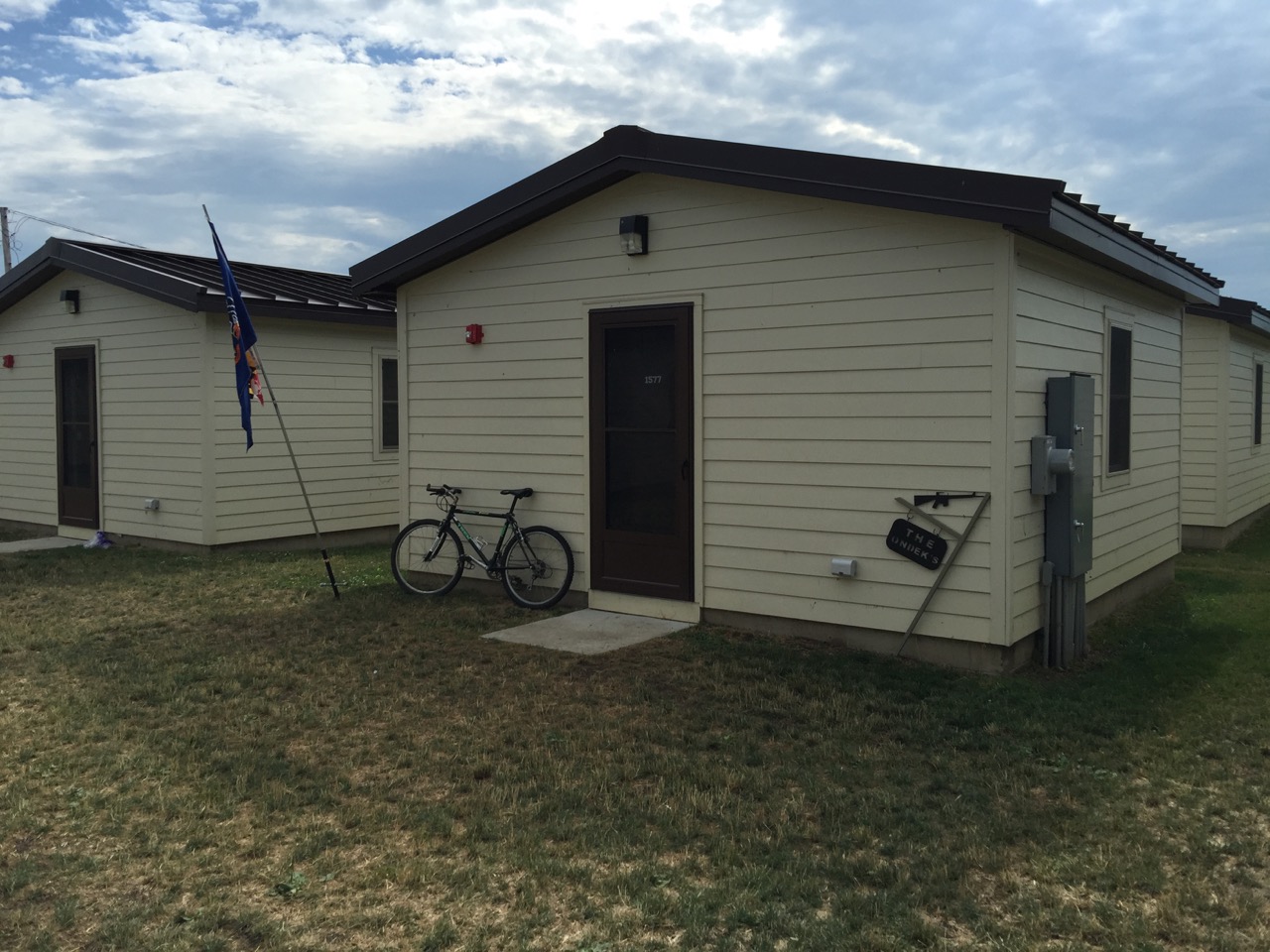 We had a very rainy start to CMP week and rain delays prevented us shooting squadded practice.  The rain also caused the CMP to scratch the offhand portion of the M16 Excellence in Competition (EIC) match. That certainly hurt competitors who had already fired a strong standing score. 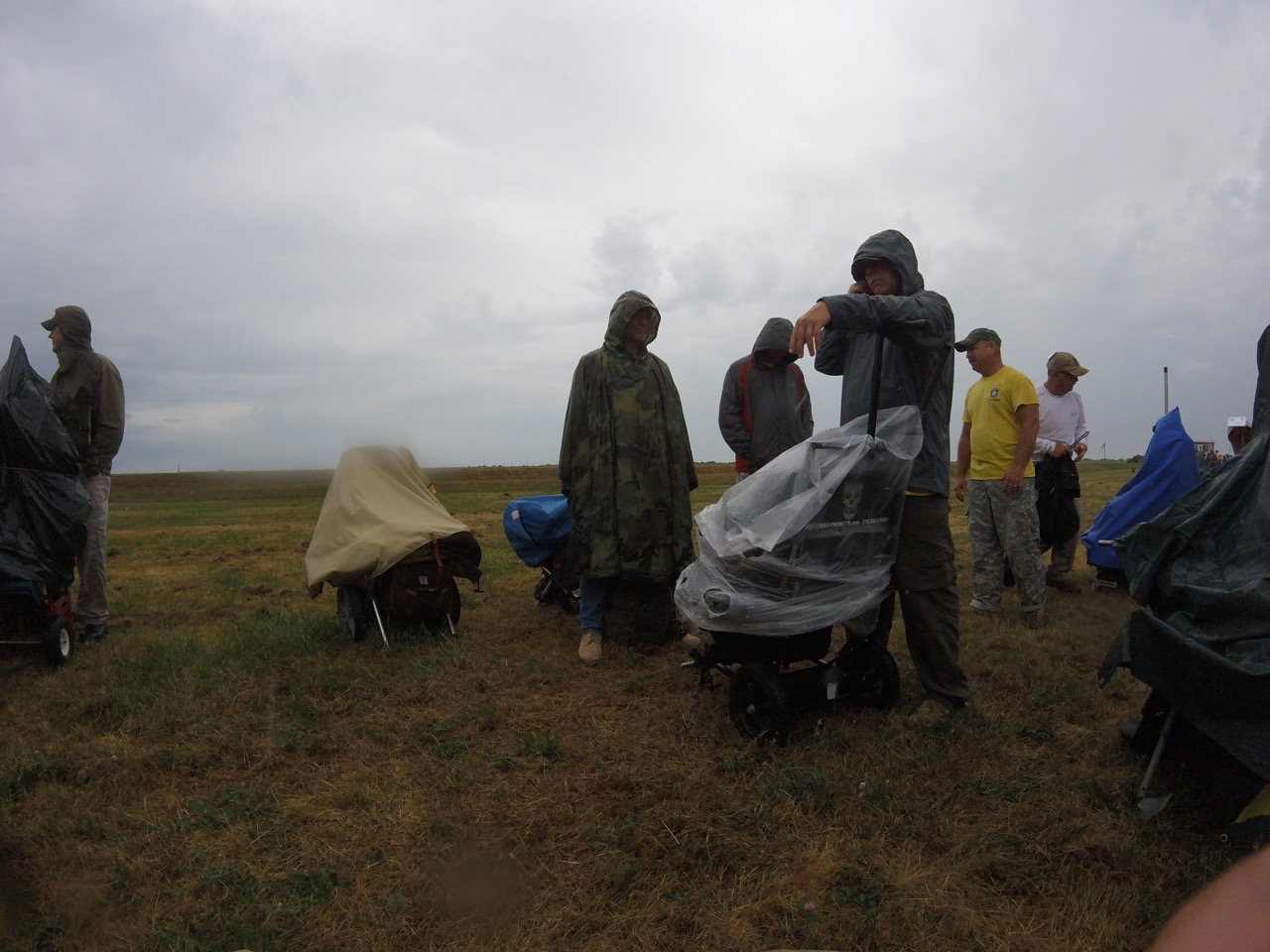 The 2016 calendar was a return to the “old” calendar of events, so competitors fired the President’s Hundred match on Monday (10 rounds slow-fire standing, 1 string of 300yd rapid-prone, and 10 shots at 600 yards).

On Tuesday we shot the National Trophy Individual or the NTI. The NTI is the big “Leg Match” worth 10 points toward one’s Distinguished Rifleman’s Badge. The course of fire is the same as a 50 round National Match course (without sighters).

On Wednesday we fired the Hearst Doubles match (30 rounds each ) and then on Thursday the team really came together under John Ondek’s wind-reading and coaching skills in the six-person NTT Match (50 rounds each). 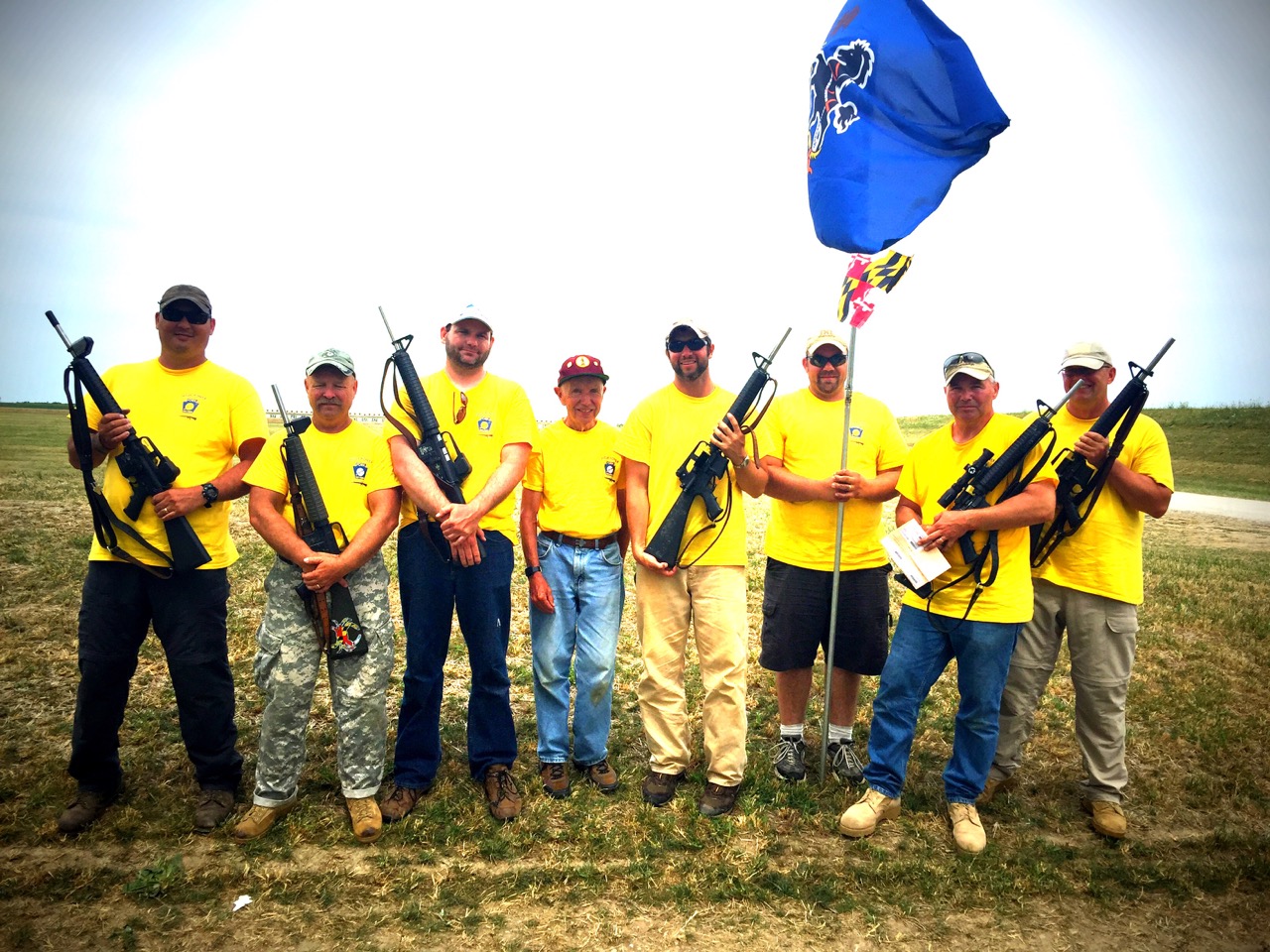 The next few days were taken up with CMP “Games” matches (Garand, Springfield, Vintage, etc.) We wrapped up our 2016 National Matches experience by shooting the NRA M1A match on Sunday, July 31. Match results can be viewed by clicking here.

Below is a short music video montage of the York Riflemen High Power team at Camp Perry in 2016, put together by Jeremy Bogdany.

The York Riflemen has decided to sell some of the clubs rifles. All proceeds are going to support the club’s junior program by purchasing new Anschutz 1903 target rifles & other equipment. At this time, only current members of York Riflemen are eligible to purchase the rifles on a first come, first serve basis.

The following club rifles are for sale:

To arrange a viewing or to purchase please contact:
Jeff Walters at 246-4154 or email: jeffsabwalters@gmail.com

Thanks to all clinic members for making the commitment to join us today and for your participation in the York Rifle Range Association’s 2016 High Power Rifle Clinic. We had a total of 24 competitors who both took the class and shot the clinic match.

You can view the scores for the clinic here. The York Rifle Range Association High Power Match schedule and later match scores will be posted to the website and you can see the match schedule here. You will also be able to see the finalized scores on the CMP Competition Tracker website at https://ct.thecmp.org/app/v1/index.php

I would like to extend a special thank you to all of the coaches, Range Safety Officers, and Pit Officers who donated their valuable time and equipment to make our clinic a success. Special thanks to Line officers and RSO’s Dick Ide, Jeffrey Walters, and John Yankowski. Thanks to our excellent Pit Crew, Frank Wasco, Joe Kling, Nate Brown, Jim Tate, and Bryon Zutell. And Thank you to the nine coaches who made sure that each shooter received personal instruction; Adam Jones, Adam S Jones, Scott Anderson, Jeremy Bogdany, Fred Rogers, Charles Fulmer, Steve Maurer, Scott Jacobs, and Matthew Zagorski.

There are many other clubs in the area that hold High Power Matches including:

Thanks again for your participation. I hope to see you all on the range soon. 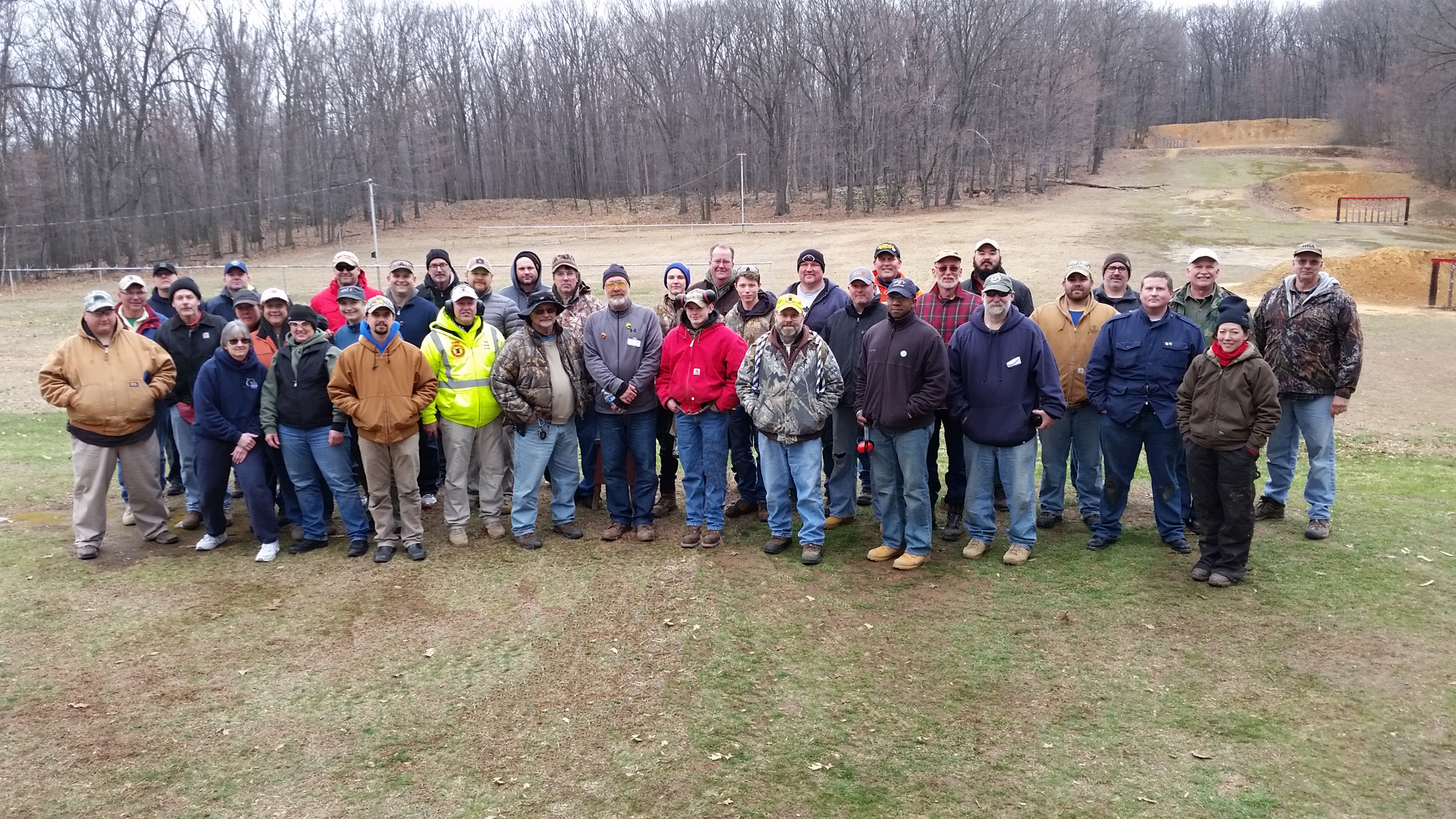 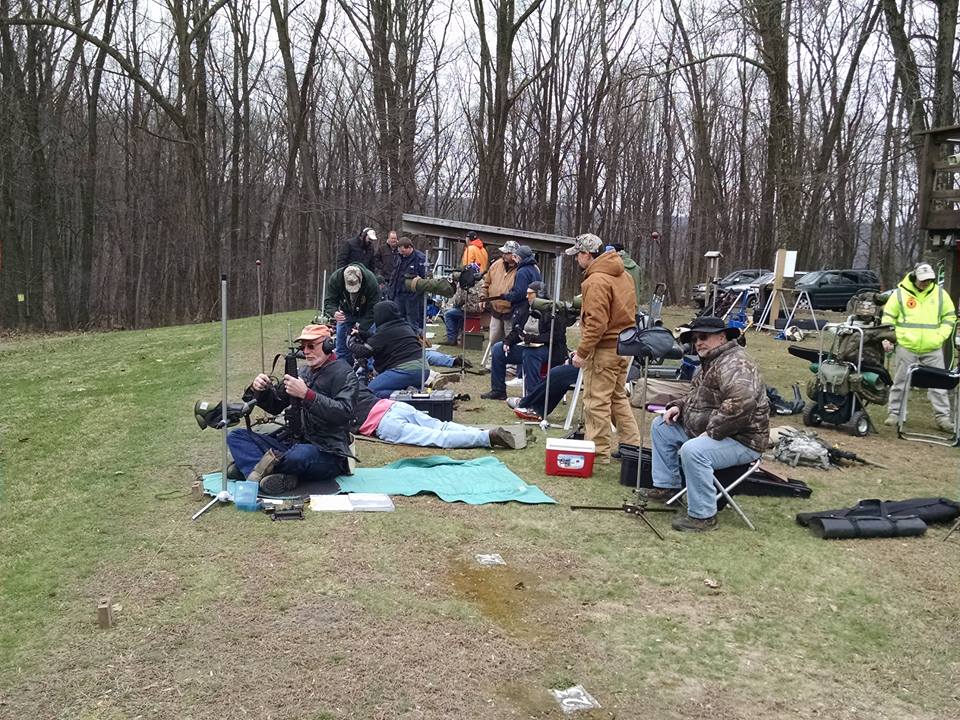 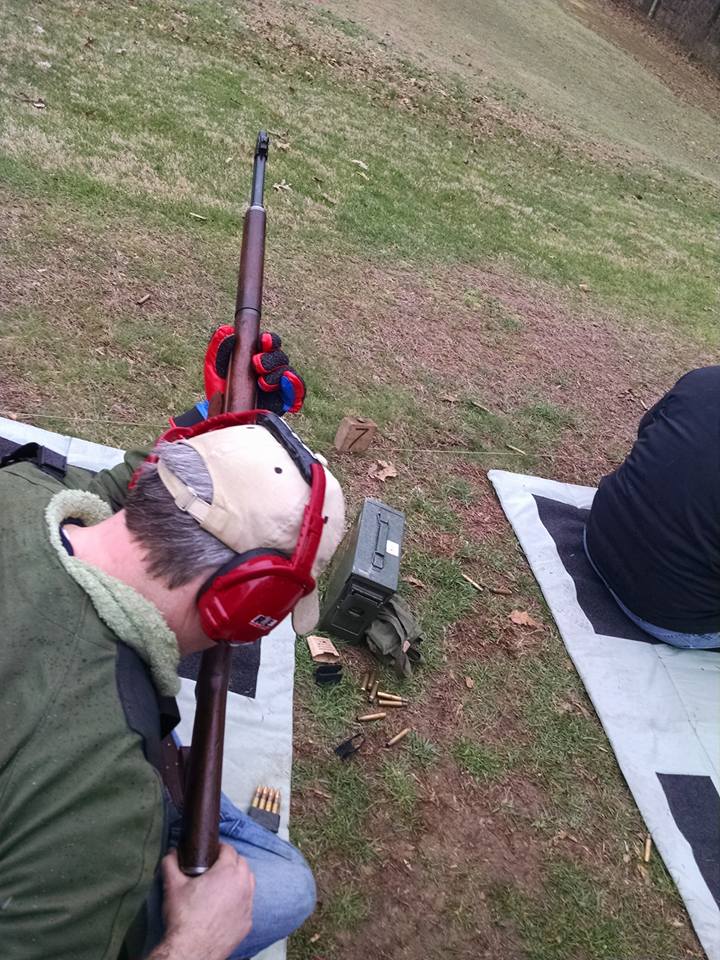 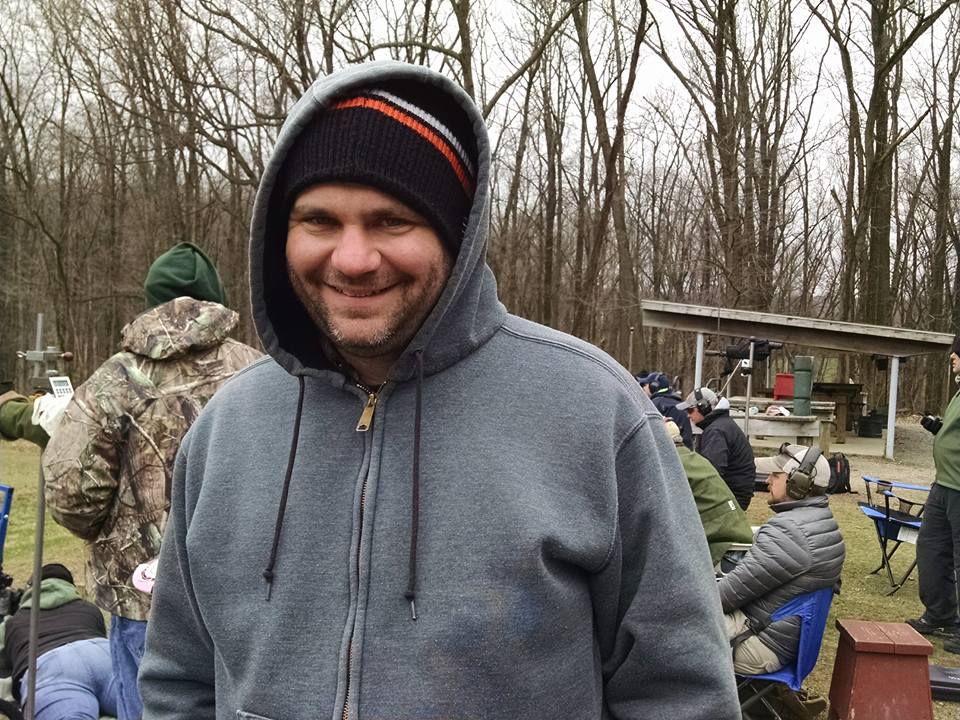 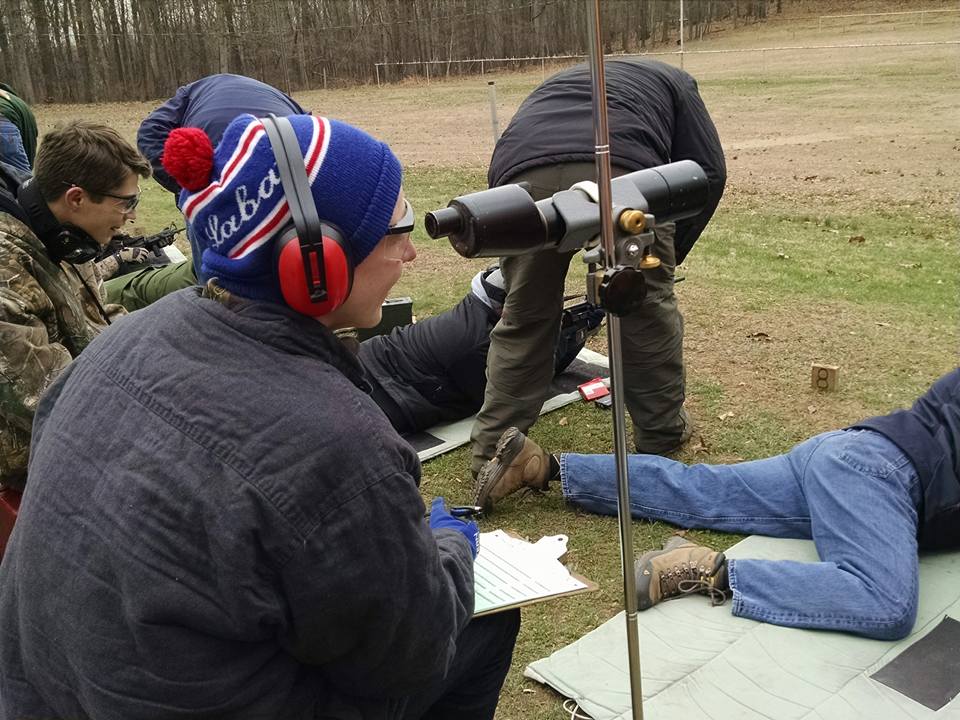 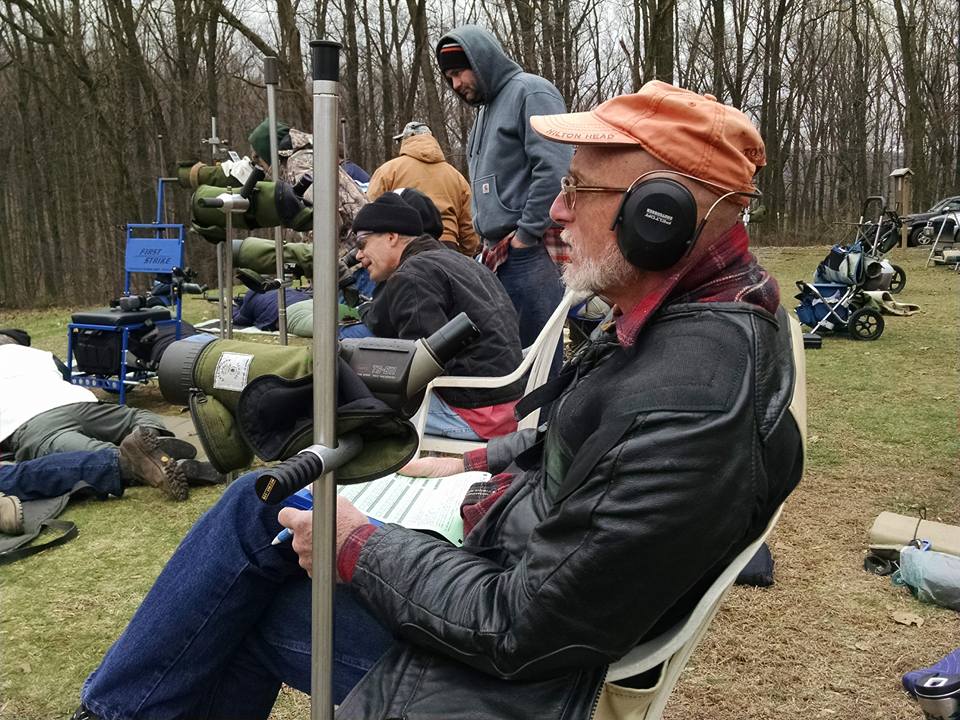 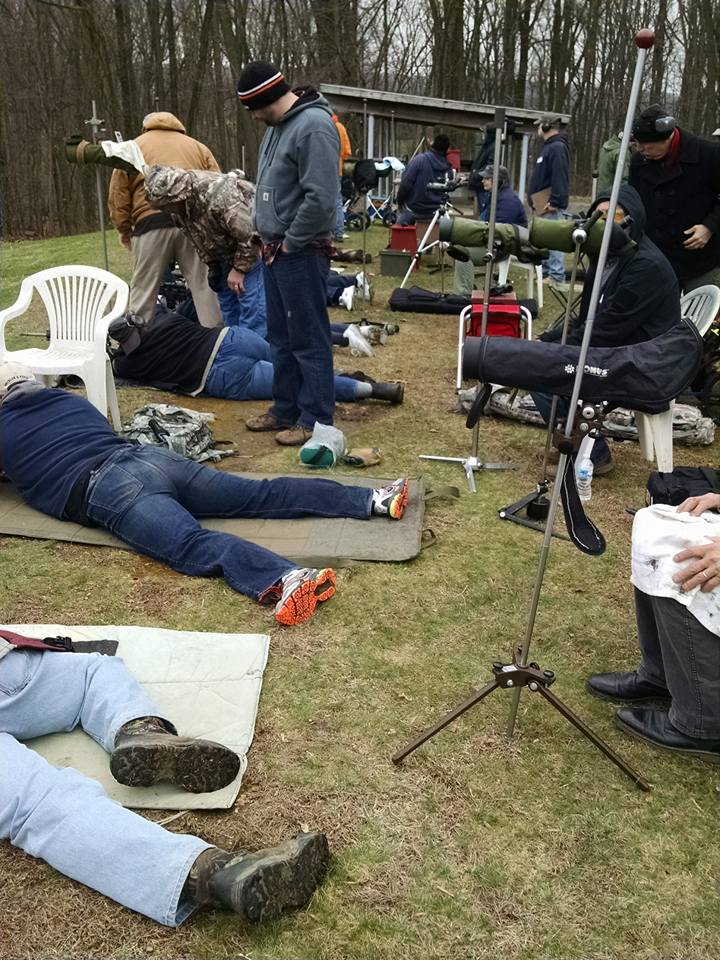 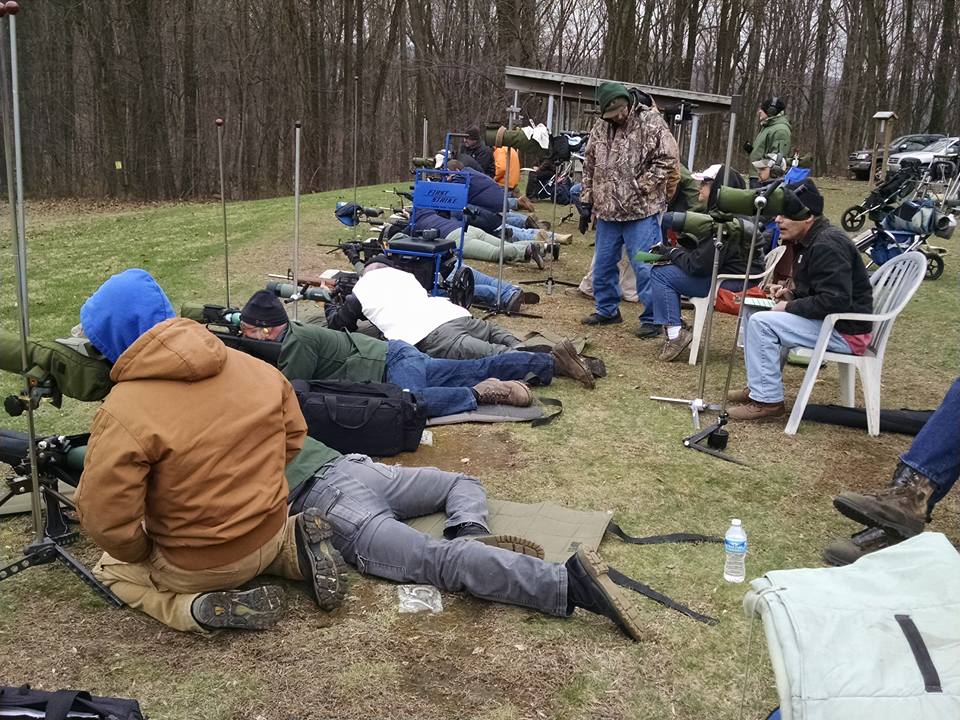 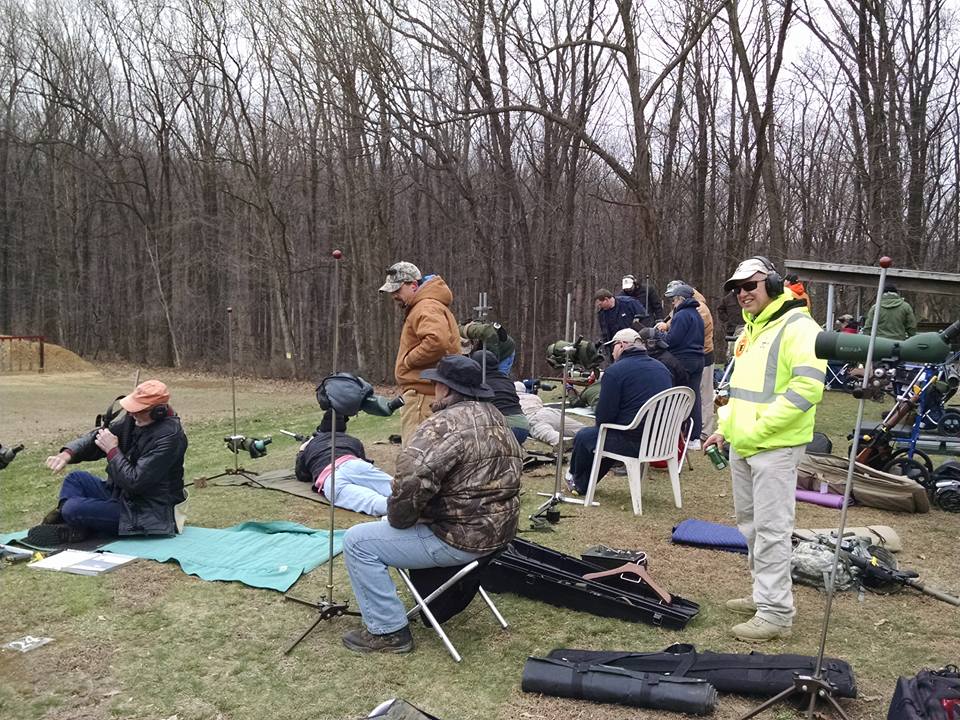 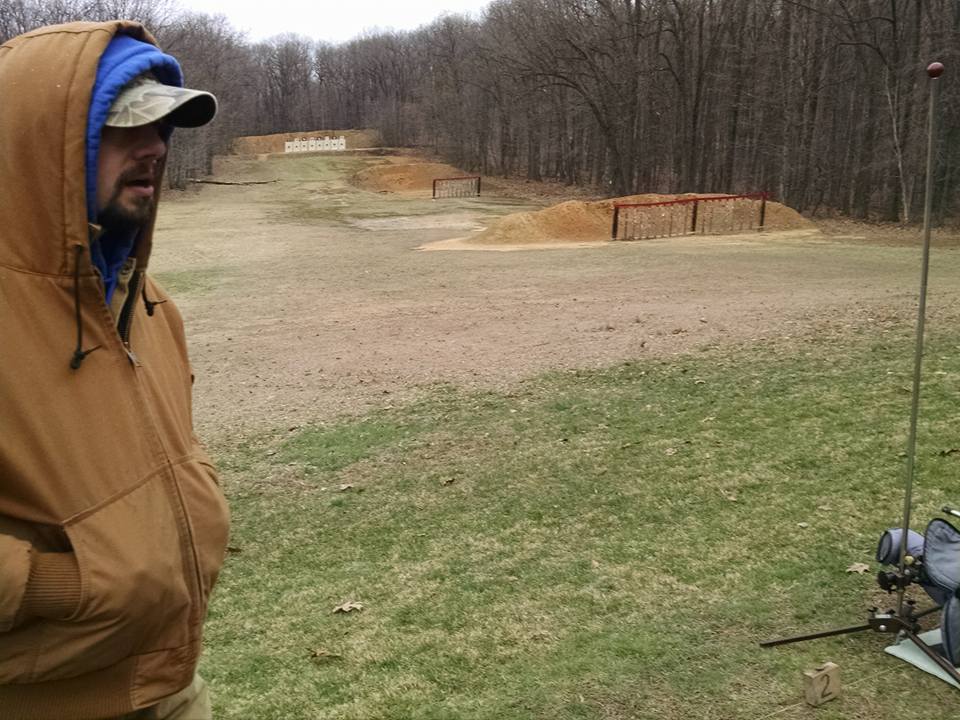 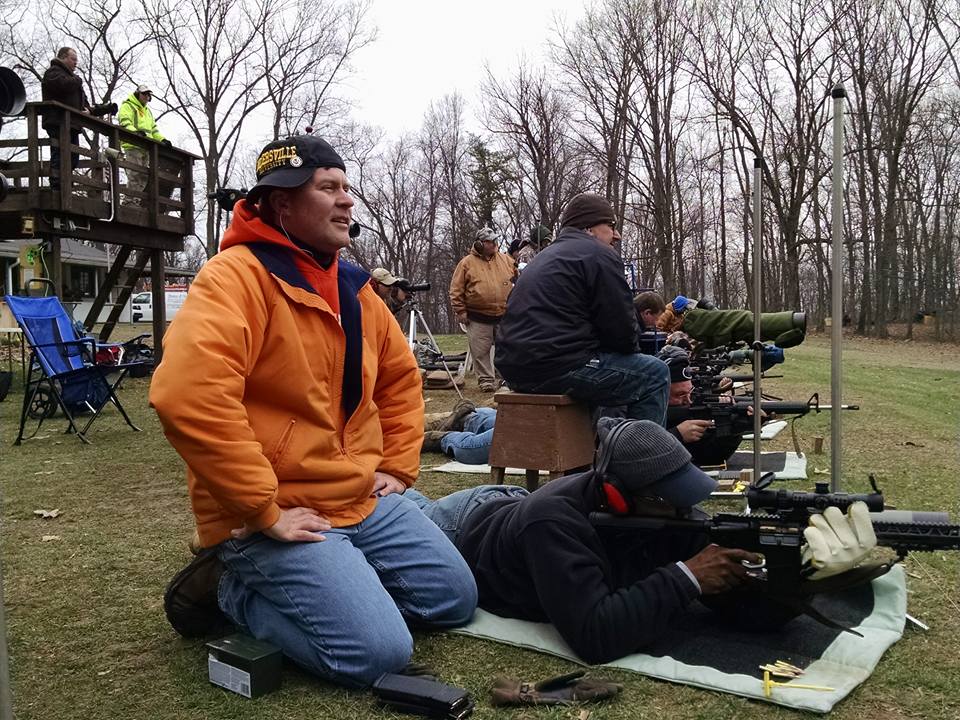 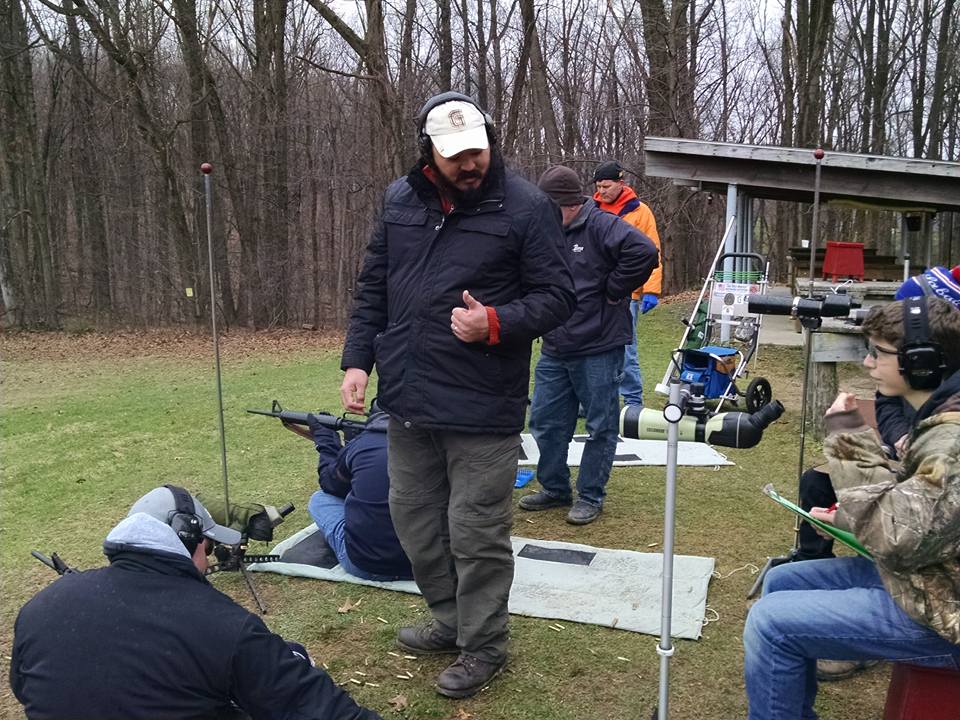 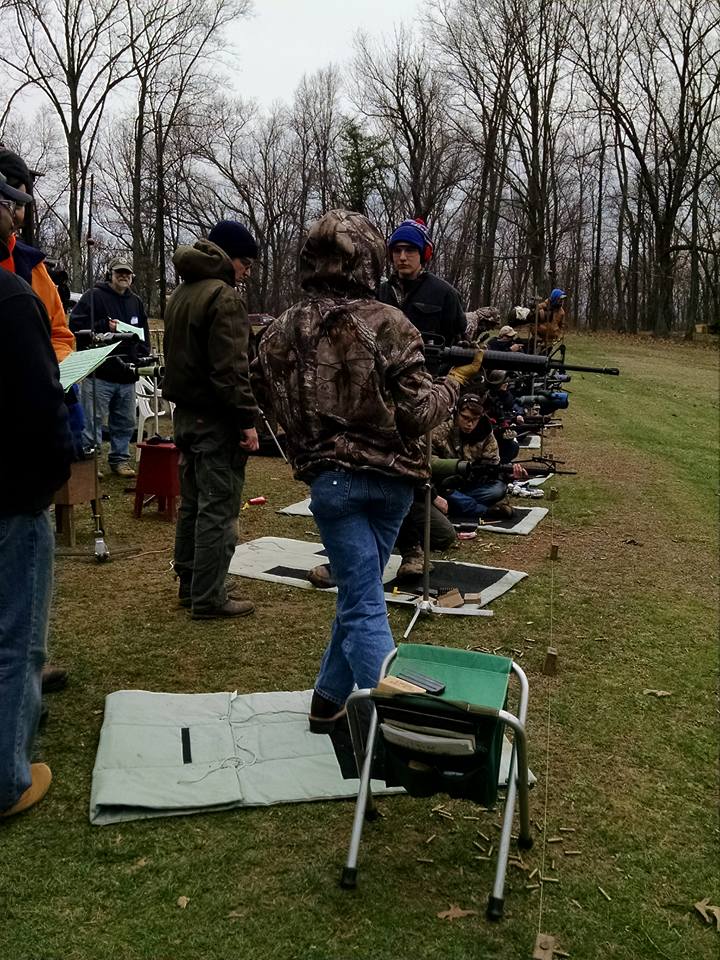 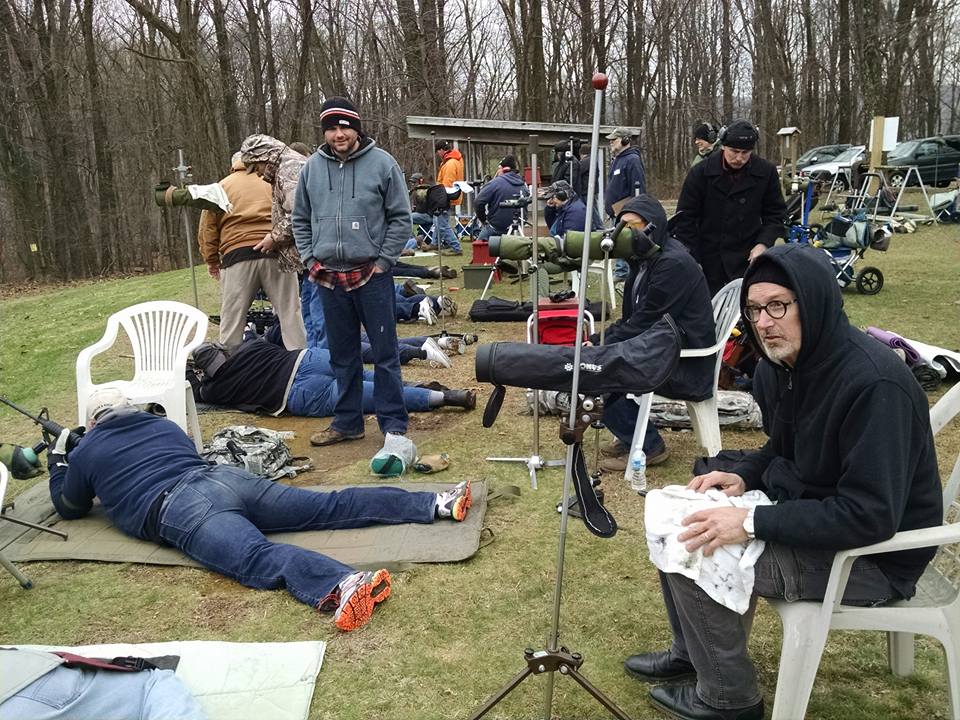 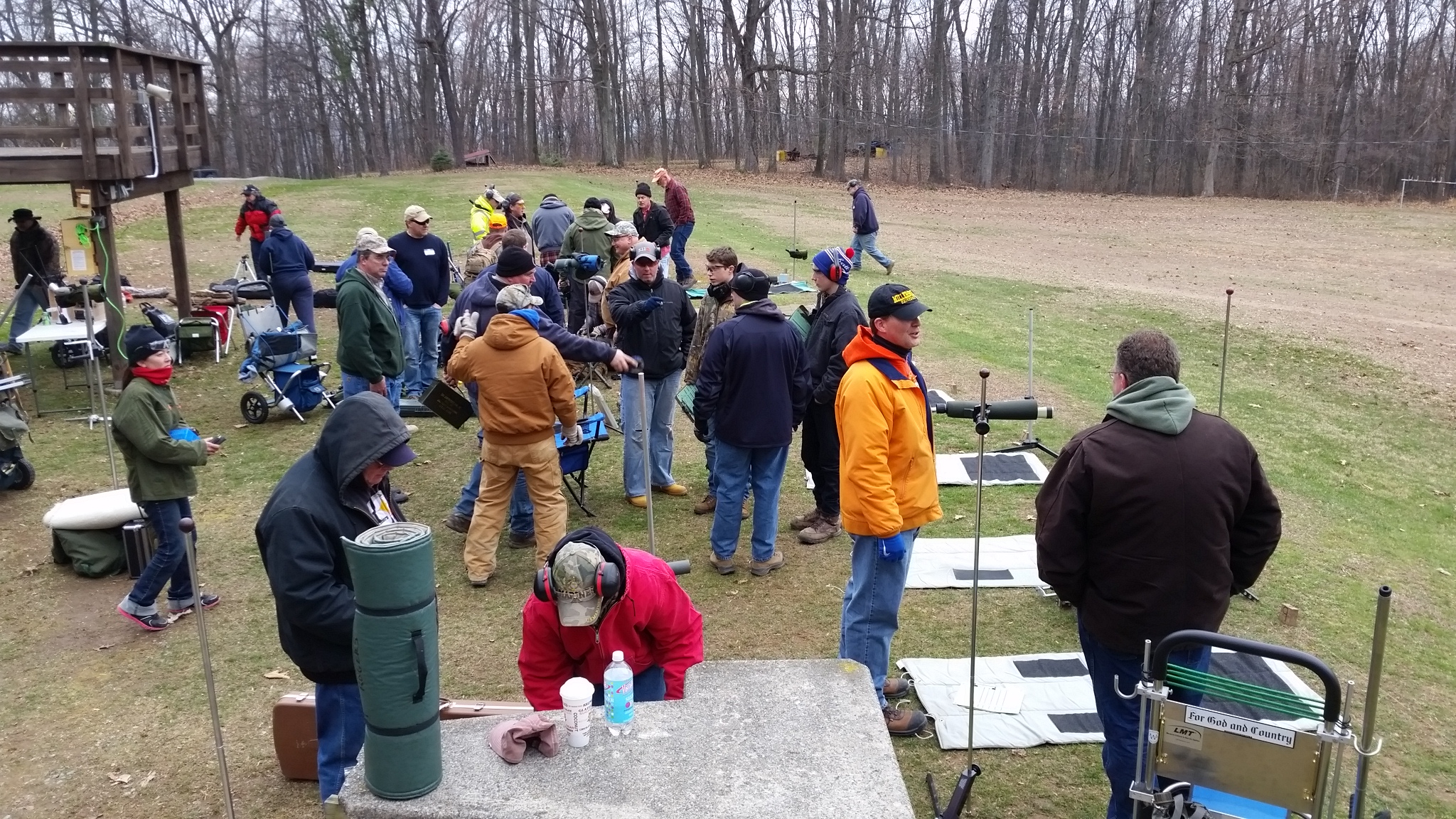 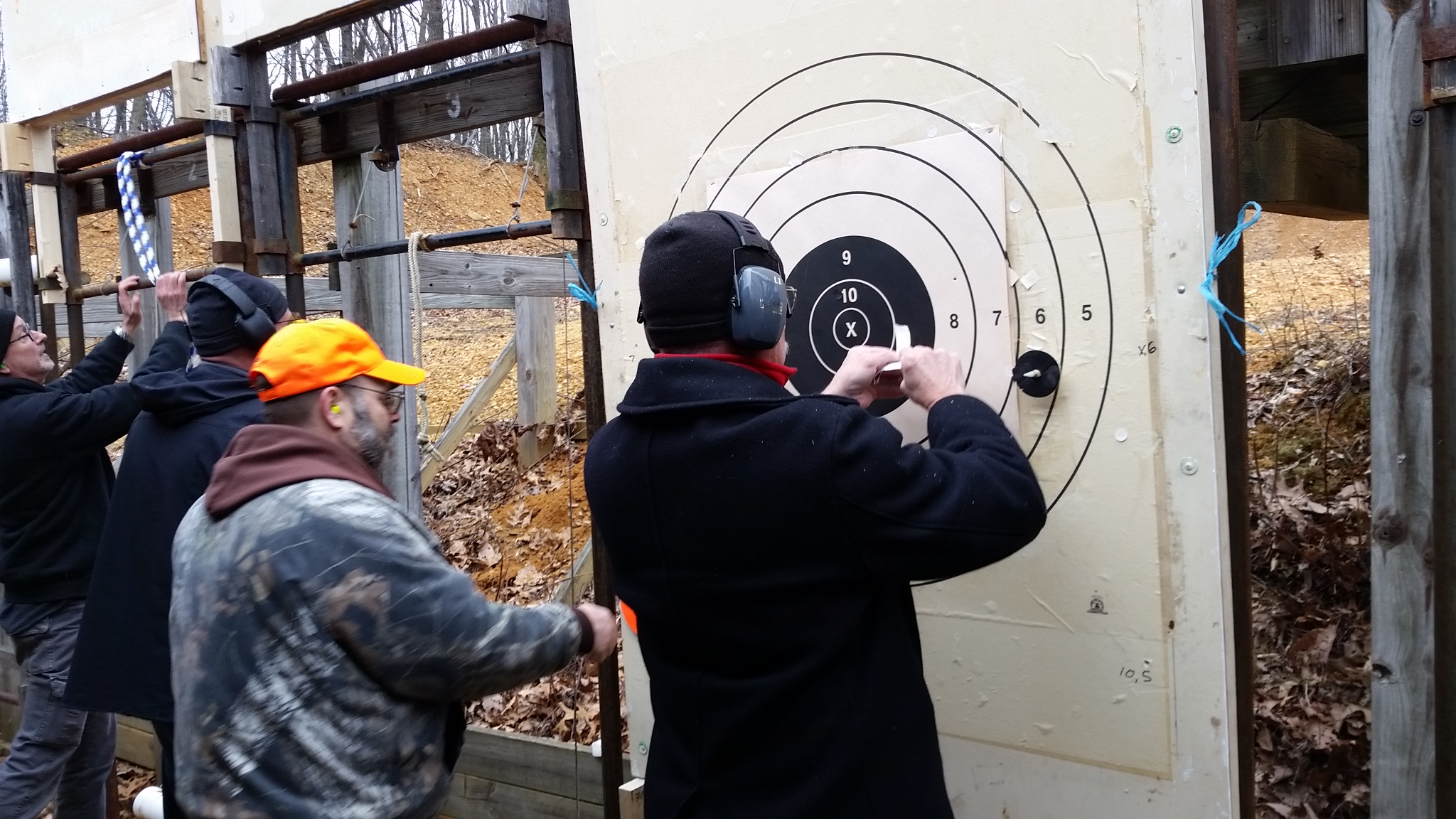 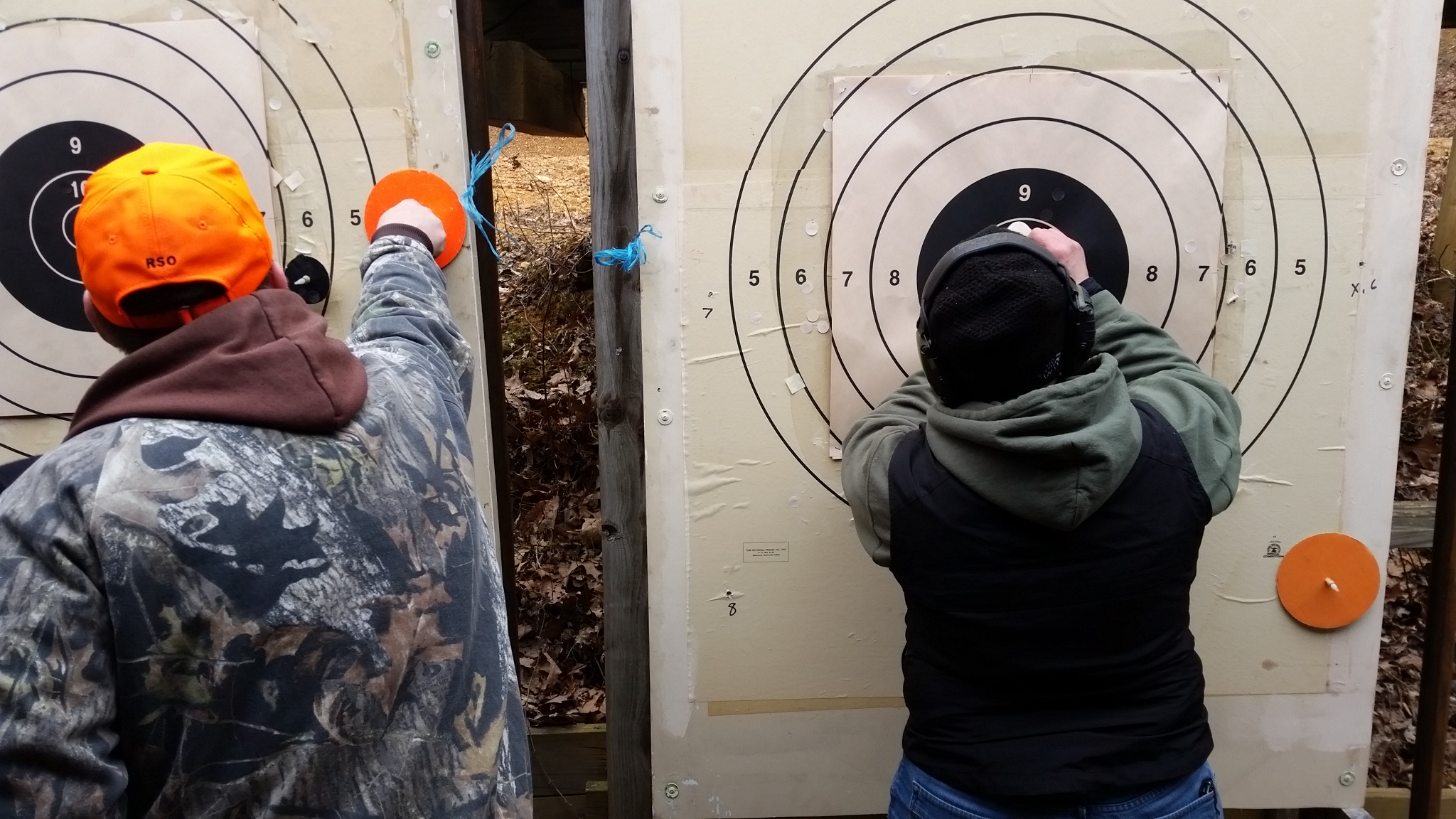 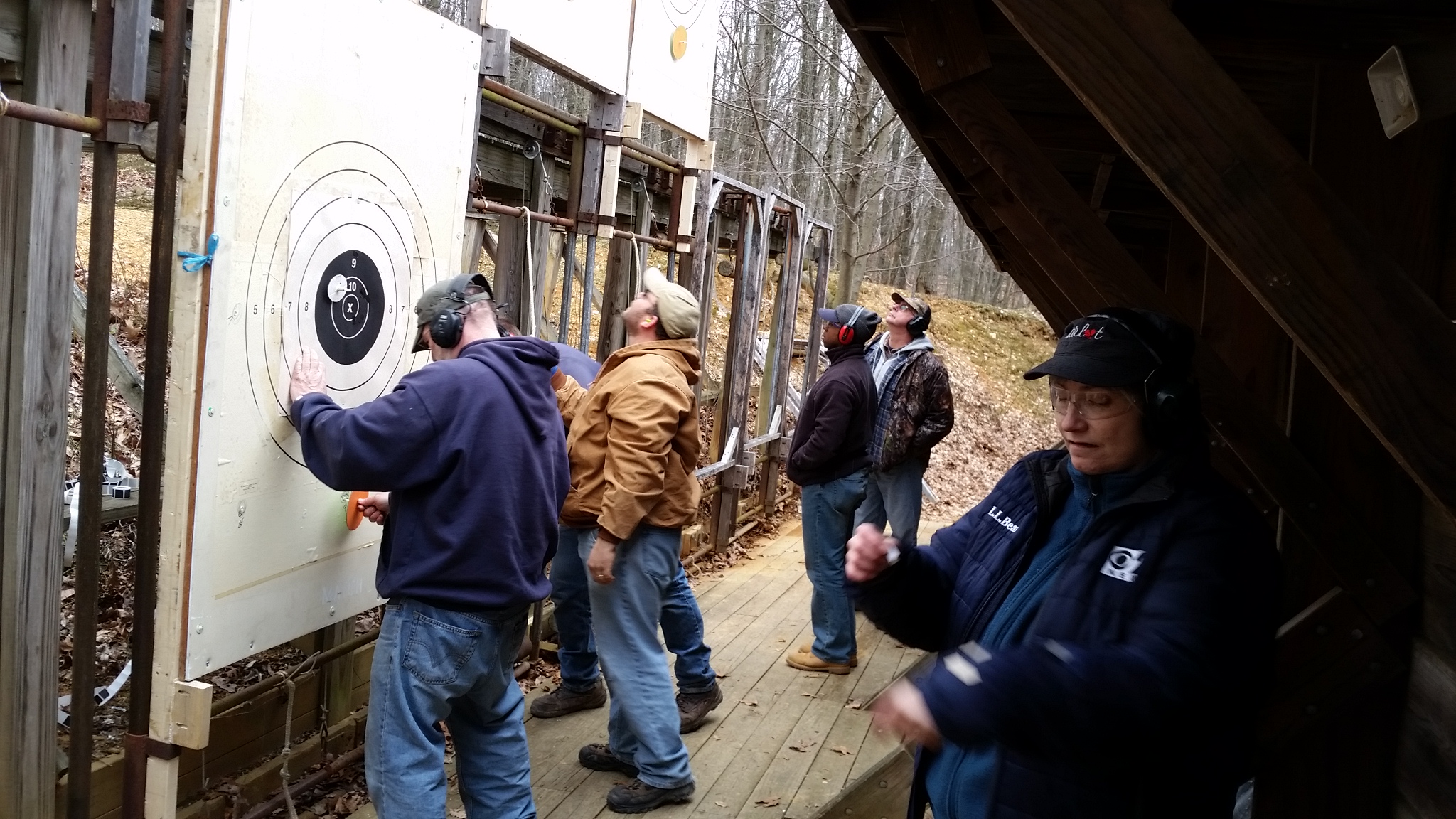 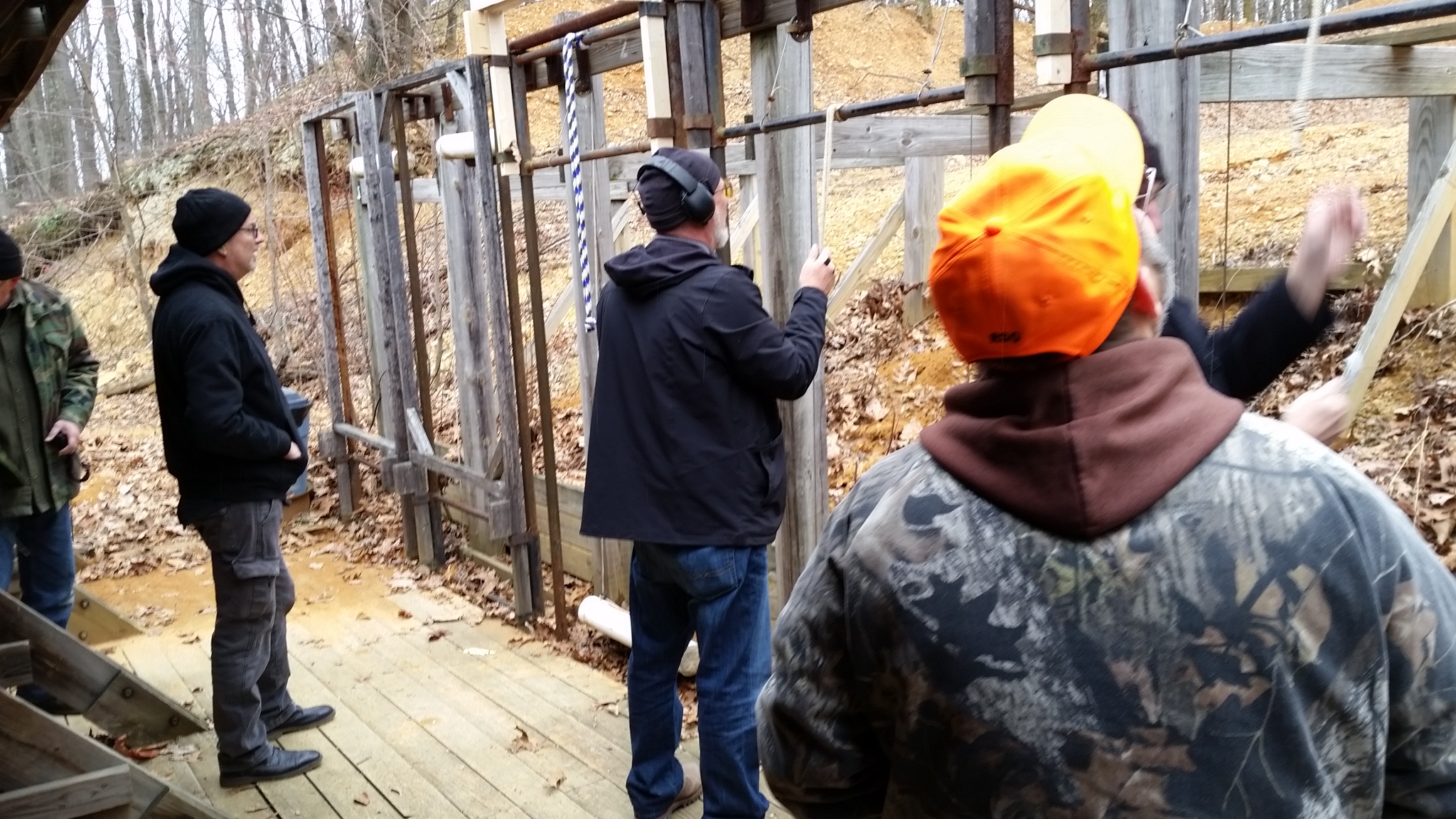 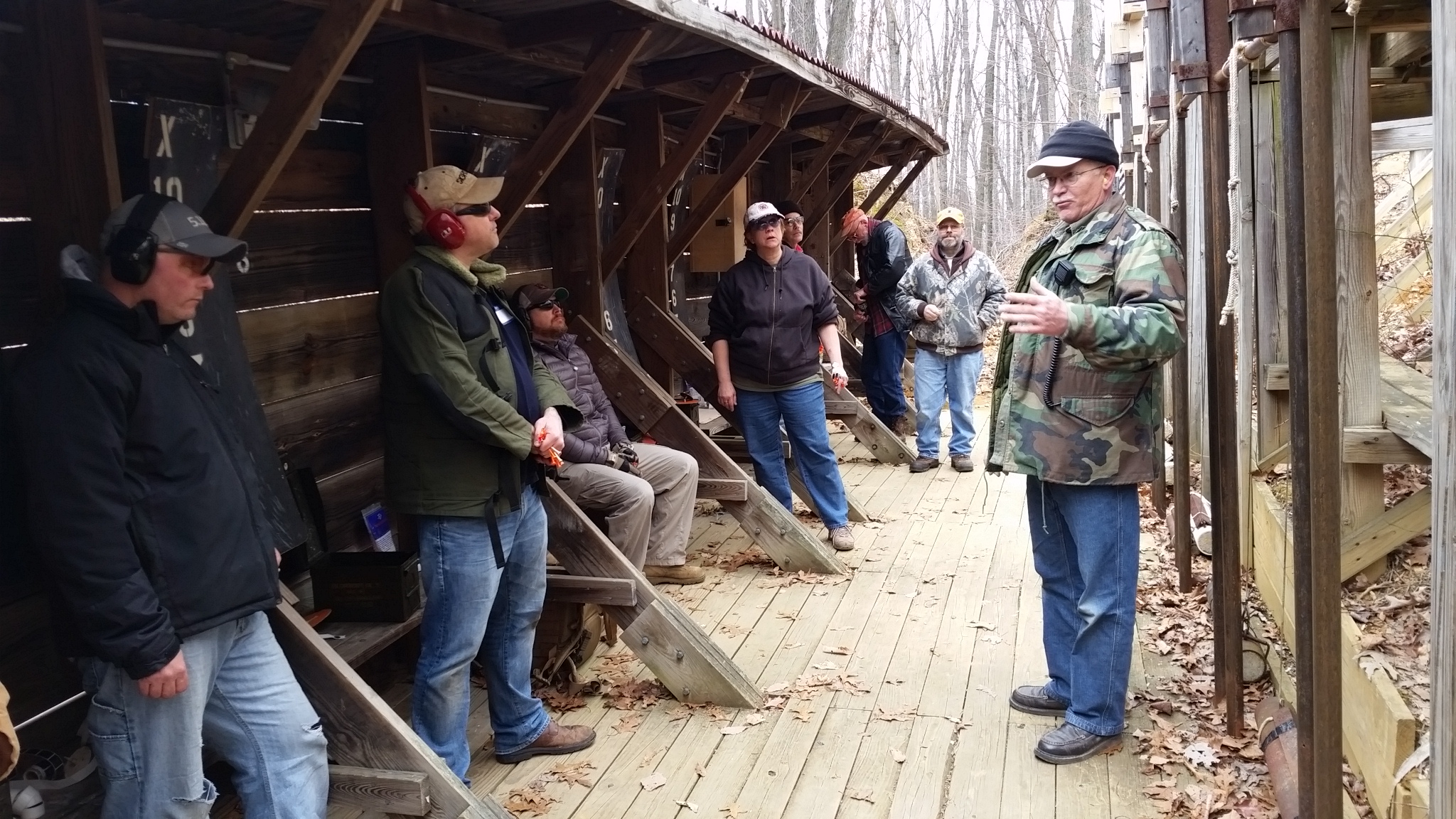 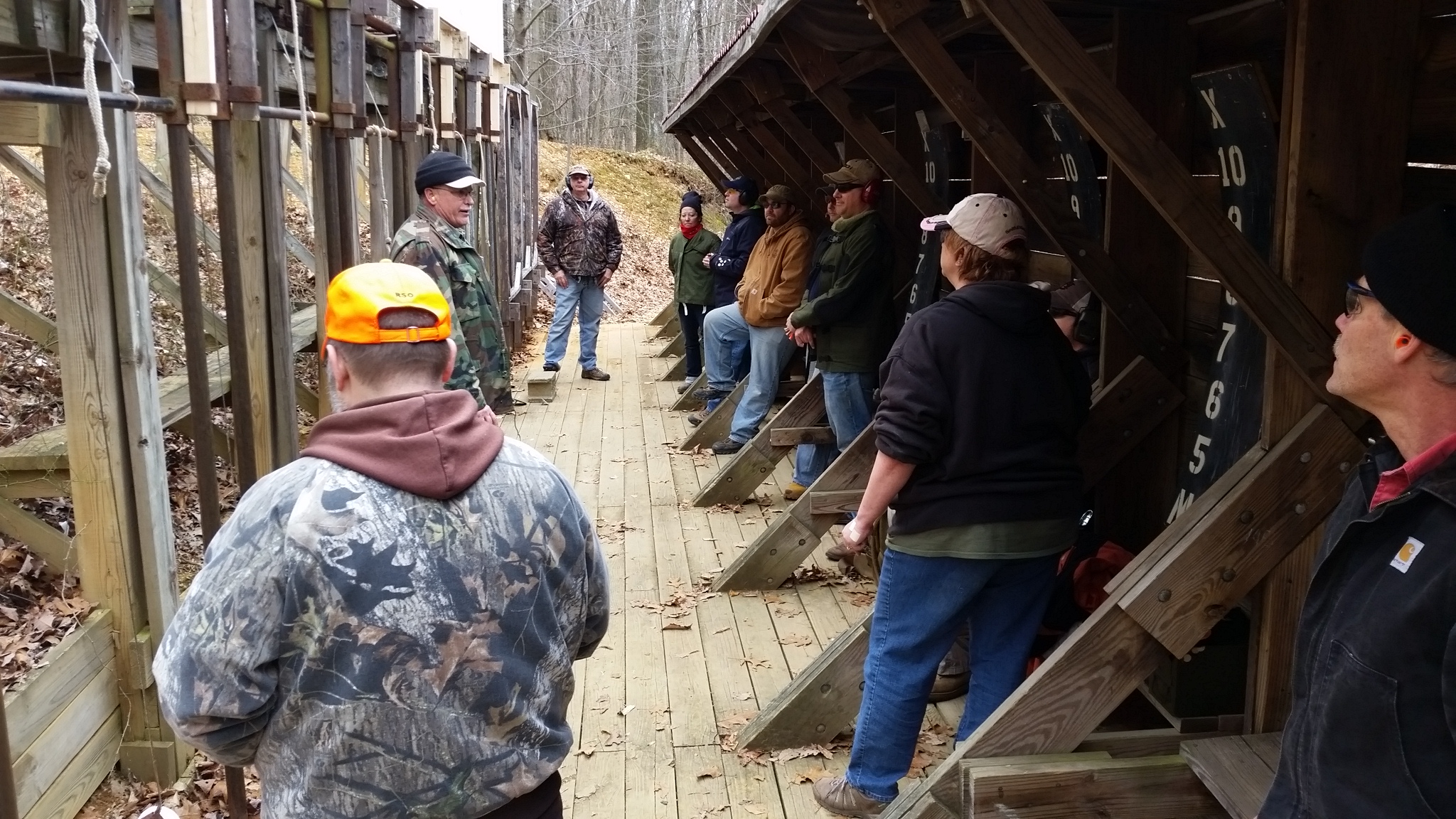 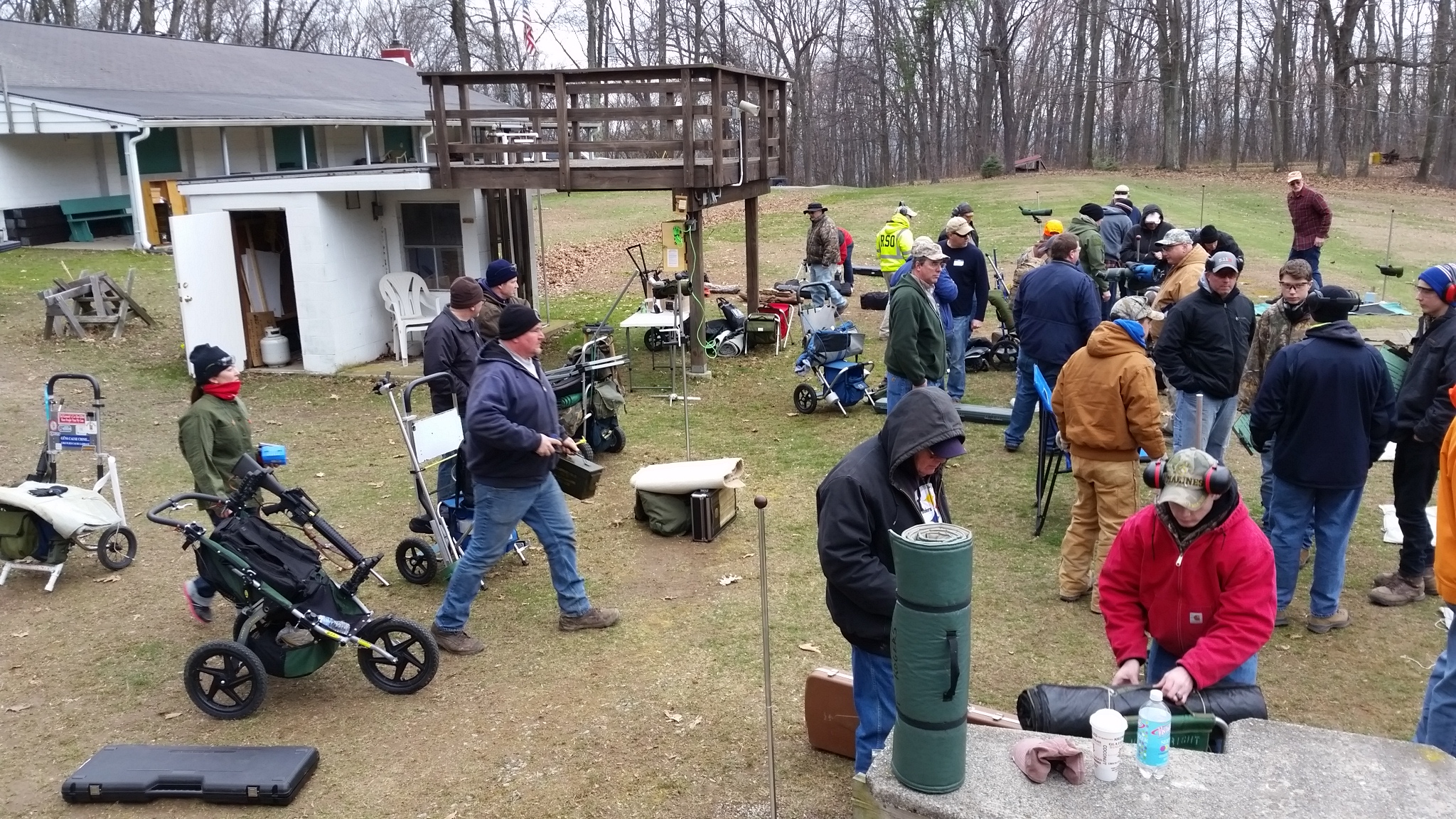 Instruction on the fundamentals of High Power will be given by NRA certified instructors, NRA High Master/Master Classified and Distinguished Riflemen. Participation in the class and match will qualify individuals to purchase a rifle from the Civilian Marksmanship Program.

Our High Power team traveled to the National Matches at Camp Perry, Ohio in mid-July.  Almost all members stayed on base in the newly constructed huts.

After arriving we had one day for shopping on Commercial Row and getting ready for the matches by shooting squadded practice if you wished to do so.  But nothing prepared us for the rain we had on Friday during the Hearst Doubles match.

rainy morning in the pits 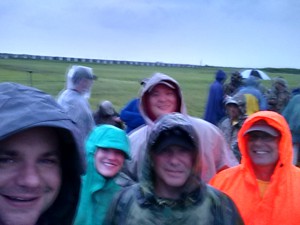 The next few days were taken up with CMP “Games” matches (Garand, Springfield, Vintage, and Vintage Sniper, etc.)    Then we got down to business by shooting the six-person NTT Match on Monday, followed by the NTI and Presidents 100. 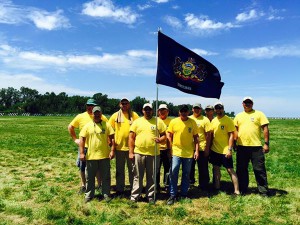 On Wednesday evening we went  to the Awards ceremony to see Jeremy and others receive their Distinguished Riflemen medals. 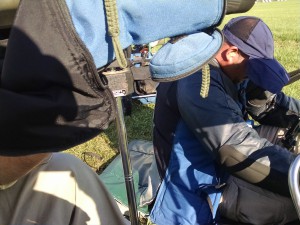 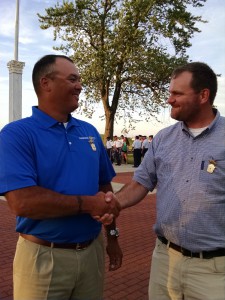 We wrapped up our 2015 National Matches experience by shooting the four-person Rumbold team and did much better than last year…shooting a combined score of 1917-48x. Rumbold members were John O., Carol B., Matt Z., and myself. 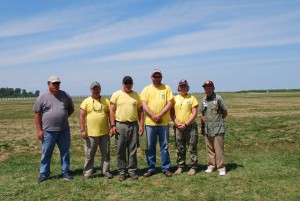 We had an excellent turnout for the club’s first 2015 M1 Garand and 500 Agg NRA matches. Congrats to Match Winner, Frank Wasco, shooting an impressive score of 279-8x.

Click here for the John C Garand Match results. Official results will be posted on the CMP website here.